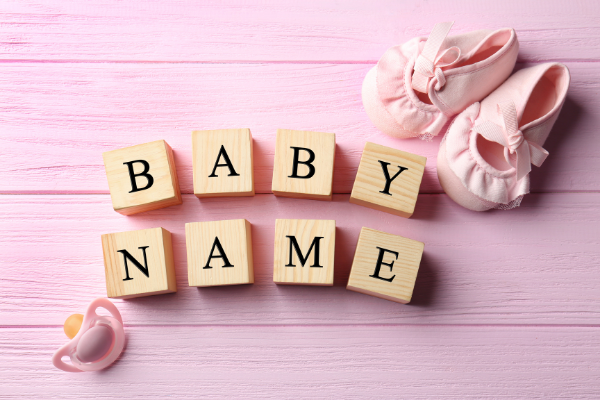 Finding the perfect name for your baby is no easy feat. In fact, it’s probably one of the biggest and trickiest decisions you’ll make during pregnancy. So make good use of this Baby Girl Names inspired by celebrity.

Ivy — This girl’s name, which is new in the top 100 baby names, is inspired by Beyonce and Jay-Z’s daughter, Blue Ivy, and also possibly by TLC’s Counting On stars, Jessa Duggar Seewald and Ben Seewald’s daughter, who was born in May 2019.

Billie — Likewise, Billie Eilish is making waves in the music scene and inspiring this trendy girl’s name to gain popularity for 2020.

Skyler — The Real Housewives of Orange County alums, Gretchen Rossi and Slade Smiley, had a daughter this July, who they named Skyler, setting the trend for this girl’s name.

Freddie — The 2019 blockbuster hit, Bohemian Rhapsody, is making waves beyond the big screen and inspiring a sizable increase in popularity for the girl’s name Freddie (also spelled Freddy).

Phoebe — With the 25th anniversary of Friends on everyone’s mind, the name Phoebe is coming back into the spotlight. Actress Phoebe Waller Bridge from the BBC comedy-drama, Fleabag, may also have something to do with this trend.

Rhett — Country music star Thomas Rhett is inspiring a small, but interesting rise in Rhett as a girl’s name.

Rose — Victoria’s Secret model, Rosie Huntington-Whiteley, and singer Adam Levine and model Behati Prinsloo’s daughter, Dusty Rose, could be the inspiration behind this trend—which is also gaining increasing popularity as a middle name.

Lizzo — This “Truth Hurts” singer is making waves in the baby naming arena, as well as on the music charts.

Remi — Singer Sean Paul and his wife, Jodi Stewart, named their little one Remi Leigh in August 2019, and BabyCenter believes this name will only keep gaining traction for 2020.

Winter — Singer Alanis Morisette’s unique son’s name, Winter Mercy, who was born in August 2019, could have something to do with the up-and-coming popularity of this baby name for girls.

Arya — The TV show of a generation, Game of Thrones is predicted to inspire a number of the top baby names for 2020, such as Arya.

Snow — While it may be John Snow’s last name in Game of Thrones, Snow is gaining popularity as a girl’s first name.

Sansa — Another Game of Thrones-inspired baby name for 2020, Sansa is expected to be a popular baby name in the coming year.

Harper — Back in 2011, David Beckham and his wife, Victoria, named their girl Harper and the name is starting to catch on.

Navy — Country superstar Jason Aldean and his wife, country singer Brittany Kerr, welcomed their daughter Navy Rome in February 2019, and the name has been increasing in popularity ever since.

Paisley — Country music star Brad Paisley could be to thank for this adorable baby girl name.

Eleven — The hit Netflix series, Stranger Things, is inciting a small increase in popularity for this novel name for girls—though it’s much larger for boys.

Millie — In the show, Stranger Things, the character Eleven’s real name is Millie—which might be why both the names Eleven and Millie are gaining traction this coming year.

Luna — America’s favorite couple, Chrissy Teigen and John Legend, started a baby names trend when they named their little girl Luna, back in 2016.