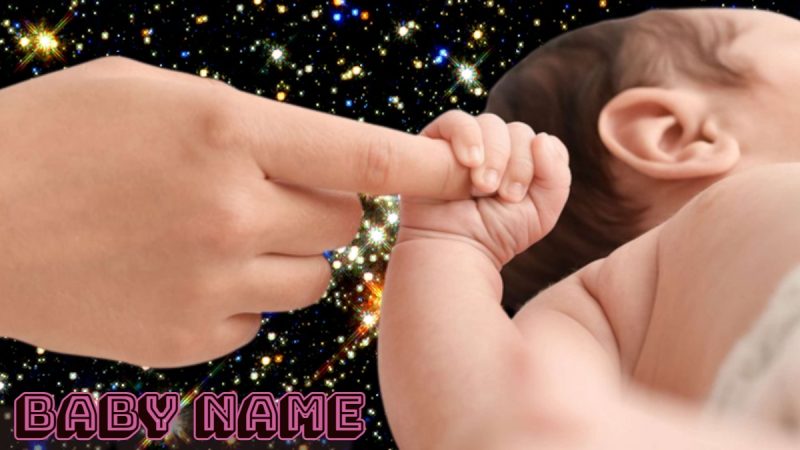 Whether you’re a self-proclaimed space nerd set on finding a star-inspired baby name or you’re simply looking for cool and unique baby name ideas for your lovely daughters.

Alsephina  — Your baby girl will share the same name as a cluster of stars that are located in the Vela constellation!

Tarabai  — This name is perfect for your budding woman’s rights activist, it means “feminine star.”

Vela — This name means “vigilant, watchful” and has Spanish roots.

Astrea  — If you’re looking for a cosmic star name, Astrea means “star” but also is the same name as the Ancient Greek goddess of justice and innocence.

Atria  — This cool outer space name is also the name of a star in the Triangulum Australe constellation.

Auriga — This name is the name of one of the 88 main constellations that we know so far in the Milky Way.

Azha  — With roots in both Greece and Hindi, this beautiful cosmic name means “sunrise.”

Bellatrix  — Made popular by an eccentric dark witch in the Harry Potter series, this name means “female warrior.”

Cassiopeia — Cassiopeia, the name of a mythological mother who became a stellar constellation in Greek Mythology.

Celeste  — If you’re looking for a cool outer space name this Latin name means  “heavenly, of the sky.”

Delphinus  — For another worldly name, this name is derived from the scout of the Greek god, Poseidon.

Etoile  — If you’re looking for a cosmic name with some European roots, this name means “star” in French.

Heaven  — This Biblically inspired name means “home of the gods.”

Hinata — This name that is rooted in Japan means “facing of the sun.”

Lyra  — Lyra is the name of a constellation but also means “brave” in Nordic.

Meissa  — Meissa is the brightest star of Orion and marks the head of the ancient hunter.

Miram  — This Hebrew mystical name means “drop of the sea.”

Najima  — This Arabic name means “star in the sky.”

Nashia  — Wish your little one not to grow up too quickly with this Arabic star name meaning “youth, growing.”

Phoebe — Phoebe has Ancient Greek roots and it means “radiant, shining one.”

Yvaine  — Made popular by Neil Gaiman from his book Stardust, this Scottish name means “evening star.”

Alya  — This name originates not only from Ancient Greek but it also has Slavonic, Hebrew, and Arabic roots too! In Arabic, Alya means sky and heaven. In Hebrew, it means to ascend In Slavonic, Alya means beautiful. Finally, in Turkish this star name means sky.

Aster  — If you think your daughter might as well be a celestial being, consider this name meaning “star.”

Realta  — If you’re looking for a name with more Celtic roots, this cool outer space name means “star” in Gaelic.

Realtin  — If your new angel is just a perfect little star, consider naming her Realtin.

Shaula  — This cool star name is after the second brightest star in the Scorpio constellation.

Sidra  — This Arabic inspired name means “goddess of the stars.”

Sunan  — Sunan has Thai origin and it means “word of goodness.”

Zaniah  — Zaniah is not only a cool outer space name for your new baby girl but it’s also an alternative name for the Eta Virginis constellation.