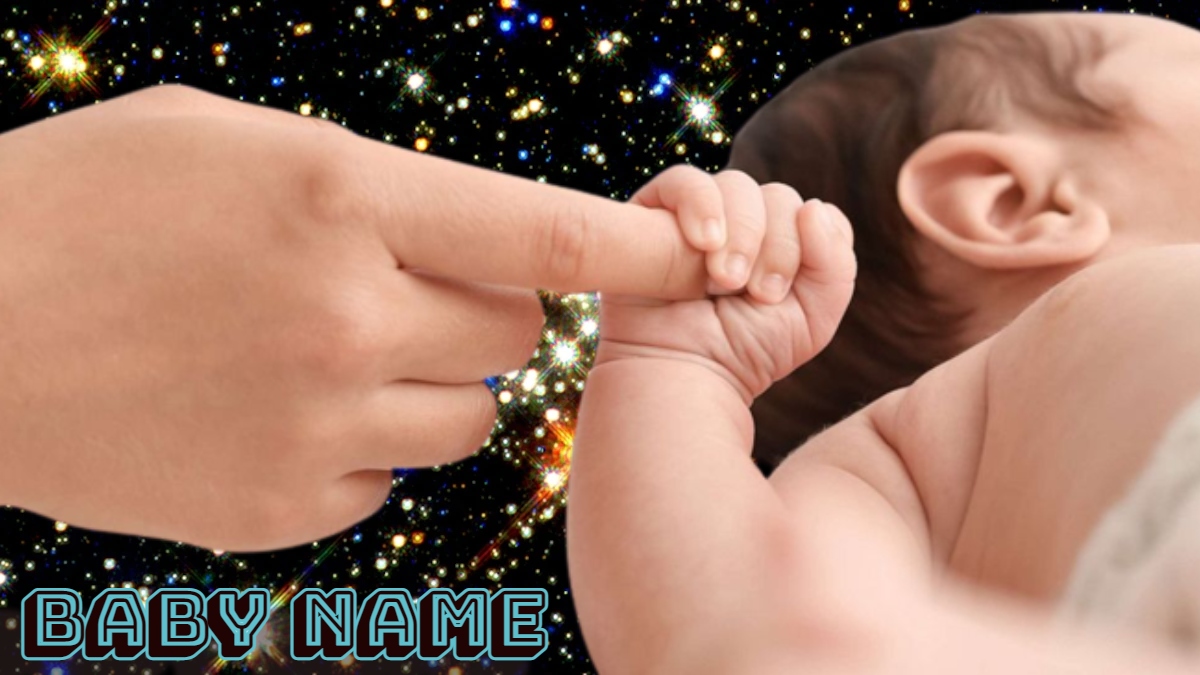 Space-themed names cute names for new born baby boys: One thing’s for sure: Star-inspired baby names like these will help your little astronaut-in-training stand out from the crowd—and being unique is always a good thing!

Alzir — If you’re looking for a peaceful name to crown your little angel with, this name usually means your precious babe is sensitive and kind!

Indus — With Hindu origins, this name simply translates to “star.”

Izar — With Southern European origins, this name translates to “star” in Basque.

Leo — If you’re looking for a name with more of a zodiac twist, this name is great for those born between the dates of July 23 to August 22!

Lintang — With Indonesian roots, this name translates to “star.”

Lynx — This outer space name is also the name of a constellation in the Northern Hemisphere’s sky. In some mythology, it also means “keepers of the secrets of the forests.”

Caelum  — This name is an ancient word meaning “stars in heaven.”

Canis — If you’re looking to grant your newborn baby with individuality, independence, and self-confidence, consider blessing them with the name, Canis!

Castor — Derived from the Ancient Greek myth, Castor and Pollux, these seafaring gods are immortalized in the constellation Gemini.

Cyrus  — Coming from Persian origin, this powerful name means “heir to the throne.”

Dara  — This uniquely cosmic name has multiple meanings! In Turkish, it means “star” but in the Old Testament, this name means “pearl of wisdom.”

Antares  — Looking for a unique name for your new autumnal arrival? This Ancient Greek name is a star in the Scorpio constellation and means “equal to Aries, God of War.”

Archer — Derived from the Middle Ages, this name means “a skilled bowman.”

Astro  — Need a name that’s out of this world? This name translates to “one of the stars.”

Astrophel  — Invented by Sir Philip Sidney for the hero of his sonnet sequence Astrophel and Stella, this name literally means “star lover.”

Finlay  — If you’re looking for a name that will be written in the stars one day, this Celtic name means “fair-haired hero.”

Hesperos — If you’re looking for an Ancient Greek name for your little rugrat, this one means “evening star.”

Hydrus  — If you want to name your newborn boy after a literal constellation, this name is the one in the southern hemisphere near the south celestial pole and is also the name of one of the serpents in Medusa’s hair!

Mehr — Also the name of the seventh month in the Persian calendar, this name also means “sun” and “friendship.”

Nashi — This Japanese name means “born in the west.”

Navi  — Not only is this name of a celestial fairy in the popular video game, Legend of Zelda, this name also means “kind to people” in Hindi.

Orion  — If you think your newborn son is a bright shining star, consider this Ancient Greek name. Orion was a mighty hunter and the son of Poseidon, and he was turned into a constellation by Zeus!

Pavo  — Although this name means “small” it is a mighty one. Pavo is also the name of a constellation in the southern sky!

Perseus — Not only is this a constellation in the northern sky, but your son will also share the same name as the Greek hero, Perseus.

Pollux  — With his twin brother, Castor, Pollux is the name of one of the twins immortalized in the constellation Gemini.

Pyxis  — Pyxis is a small and faint constellation in the southern sky. Abbreviated from the word Pyxis Nautica, it is also a name for a mariner’s compass in Latin!

Rasalas — This powerful cosmic name means “the northern star of the lion’s head” in Arabic.

Rastaban  — This name is the formal name for the third brightest star in the Draco constellation. The name means “head of the serpent” in Arabic!

Regulus  — This is the traditional name of the brightest star in the constellation Leo (it’s also the name of Sirius Black’s younger brother for any Harry Potter fans out there!).

Rigel  — Rigel is the first star that marks the hunter’s left foot in the Orion constellation!

Sabik  — This name is the name of a star in the Ophiuchus constellation. It also means “one who comes in first” in Arabic.

Samson  — A sun for your son! This name has Hebrew origins and translates to the giant glowing star in the sky.

Scorpius  — Scorpius is the constellation that the Scorpio zodiac sign originates from. Despite its venomous undertaking, it also means “love and hope from the stars.”

Solaris  — Coming from Latin roots, this star name means “of the sun.”

Stellan — Much like looking at the night sky, this Swedish name means “calm.”

Umbriel  — With Latin roots, this cool outer space name means “one in the shadow.”

Vega  — Vega is the name of the brightest star in the Lyra constellation.

Yang — This name means “the male principle of the universe” and is usually balanced by the feminine Yin in Chinese philosophy.