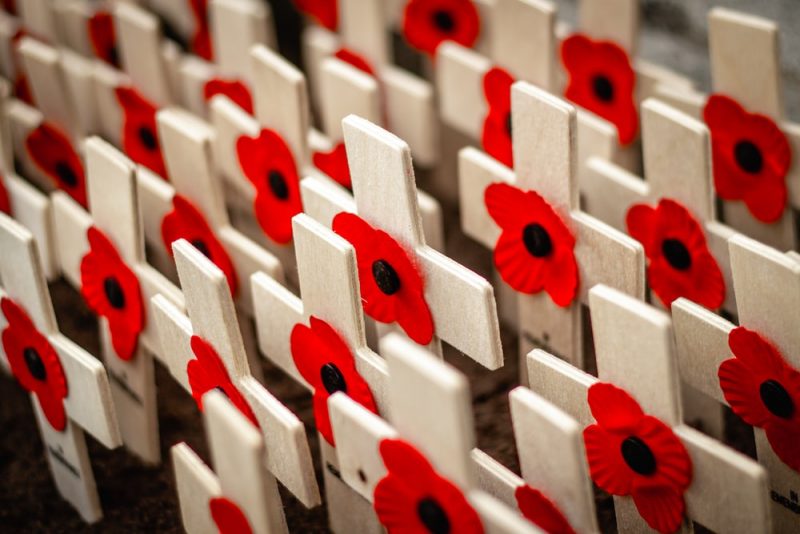 To mark the day, we have curated some of the most poignant poems written in memory of those who lost their lives in war. Feel free to share these touching poems to friends and family of those who have served the country or who have lost a loved one in this pursuit.

And for that minute a blackbird sang
Close by, and round him, mistier,
Farther and farther, all the birds
Of Oxfordshire and Gloucestershire.

#2. Your King And Country Need You by Paul Reubens

Oh! we don’t want to lose you but we think you ought to go
For your King and your Country both need you so;
We shall want you and miss you but with all our might and main
We shall cheer you, thank you, kiss you when you come back again.

#3. For The Fallen by Laurence Binyon

They shall grow not old, as we that are left grow old:
Age shall not weary them, nor the years condemn.
At the going down of the sun and in the morning,
We will remember them.

#4. The Soldier by Rupert Brooke

If I should die, think only this of me:
That there’s some corner of a foreign field
That is for ever England.

#6. In Flanders Field by John McCrae

If ye break faith with us who die
We shall not sleep, though poppies grow
In Flanders fields.

#7. And Death Shall Have No Dominion by Dylan Thomas

Though they go mad they shall be sane,
Though they sink through the sea they shall rise again;
Though lovers be lost love shall not;
And death shall have no dominion.

#8. An Irish Airman Foresees His Death by WB Yeats

I know that I shall meet my fate
Somewhere among the clouds above;
Those that I fight I do not hate,
Those that I guard I do not love;
My country is Kiltartan Cross,
My countrymen Kiltartan’s poor,
No likely end could bring them loss
Or leave them happier than before.

Gas! Gas! Quick, boys! – An ecstasy of fumbling,
Fitting the clumsy helmets just in time;
But someone still was yelling out and stumbling,
And flound’ring like a man in fire or lime
Dim, through the misty panes and thick green light,
As under a green sea, I saw him drowning.

#10. Charge of the Light Brigade by Lord Tennyson

Sweet Valentine’s Day Poems for Her