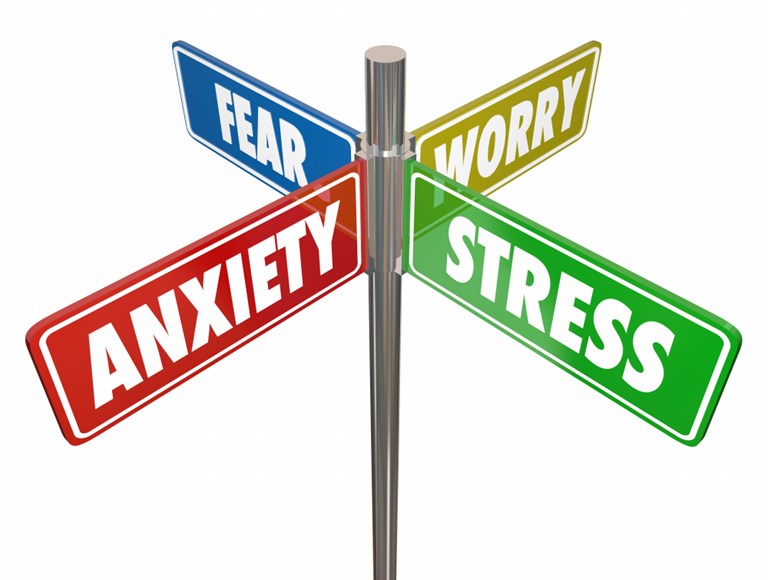 Anxiety Quotes to Help You Get Through and Lift Your Spirits: The following quotes serve as an inspiration to always look for the silver lining in every dark cloud. We feature overcoming anxiety quotes, inspirational quotes for anxiety sufferers, and inspirational quotes about depression and anxiety.

These beautiful anxiety quotes are meant to reduce your anxiety, keep you calm when you feel stressed out by inspiring and motivating you.

“Anxiety is the dizziness of freedom.” ―Soren Kierkegaard

“Calmness is the cradle of power.” —Josiah Gilbert Holland

“Do what you can, with what you’ve got, where you are.” —Theodore Roosevelt

“Don’t let yesterday take up too much of today.” —Anonymous

“It’s not stress that kills us, it is our reaction to it.” —Hans Selye

“It’s not time to worry yet.” —Harper Lee

“Not everything that weighs you down is yours to carry.” —Anonymous

“Nothing can bring you peace but yourself.” —Ralph Waldo Emerson

“Nothing in the affairs of men is worthy of great anxiety.” —Plato

“Once you choose hope, anything is possible.” — Christopher Reeve

“The journey of a thousand miles begins with a single step.” —Lao Tzu

“The time to relax is when you don’t have time for it.” —Sydney J. Harris

“The way you tell your story to yourself matters.” — Amy Cuddy

“Those who mind don’t matter and those who matter don’t mind.” —Anonymous

“To live by worry is to live against reality.” — E. Stanley Jones

“Try to be a rainbow in someone’s cloud.” — Maya Angelou

“Worry in the dark can make it even darker.” — Camron Wright

“You can’t stop the waves, but you can learn to surf.” —Jon Kabat-Zinn

“Stress is an ignorant state. It believes that everything is an emergency. Nothing is that important.” —Natalie Goldberg

“The great thing, then, in all education, is to make our nervous system our ally instead of our enemy.” —William James

“Our anxiety does not come from thinking about the future, but from wanting to control it.” — Kahlil Gibran

“A crust eaten in peace is better than a banquet partaken in anxiety.” —Aesop

“Don’t be pushed by your problems. Be led by your dreams.” — Ralph Waldo Emerson

“All life is an experiment. The more experiments you make the better.” — Ralph Waldo Emerson

“Worrying about outcomes over which I have no control is punishing myself before the universe has decided whether I ought to be punished.” — Sherry Thomas

“You can’t go back and make a new start, but you can start right now and make a brand new ending.” —James R. Sherman

“There must be quite a few things that a hot bath won’t cure, but I don’t know many of them.” —Sylvia Plath

“Today’s a perfect day for a whole new start. Let go of fear and free your mind. It’s time to open your heart.” — Chris Butler

“Trust yourself. You’ve survived a lot, and you’ll survive whatever is coming.” — Robert Tew

“We live only a few conscious decades, and we fret ourselves enough for several lifetimes.” —Christopher Hitchens

“We must be willing to get rid of the life we’ve planned, so as to have the life that is waiting for us.” —Joseph Campbell

“What else does anxiety about the future bring you but sorrow upon sorrow?” —Thomas á Kempis

“You cannot make yourself feel something you do not feel, but you can make yourself do right in spite of your feelings.” — Pearl S. Buck

“Hey you, keep living. It won’t always be this overwhelming.” — Jacqueline Whitney

“You don’t drown by falling into water. You only drown if you stay there.” —Zig Ziglar

“Our stresses, anxieties, pains and problems arise because we do not see the world, others or even ourselves as worthy of love.” —Prem Prakash

“Almost everything will work again if you unplug it for a few minutes, including you.” —Anne Lamott

“Anxiety does not empty tomorrow of its sorrows, but only empties today of its strength.” —Charles Spurgeon

“Believe in yourself and all that you are. Know that there is something inside of you that is greater than any obstacle.” — Christian D. Larson

“By being yourself, you put something wonderful in the world that was not there before.” — Edwin Elliot

“You don’t have to see the whole staircase, just take the first step.” — Martin Luther King

“You have a treasure within you that is infinitely greater than anything the world can offer.” — Eckhart Tolle

“You have dug your soul out of the dark, you have fought to be here; do not go back to what buried you.” — Bianca Sparacino

“Do not anticipate trouble, or worry about what may never happen. Keep in the sunlight.” — Benjamin Franklin

“Comedy is defiance. It’s a snort of contempt in the face of fear and anxiety. And it’s the laughter that allows hope to creep back on the inhale.” —Will Durst

“Difficult roads often lead to beautiful destinations. The best is yet to come.” — Zig Ziglar

“Don’t settle: Don’t finish crappy books. If you don’t like the menu, leave the restaurant. If you’re not on the right path, get off it.” — Chris Brogan

“Don’t underestimate the value of Doing Nothing, of just going along, listening to all the things you can’t hear, and not bothering.” —A.A. Milne

“Don’t waste your time in anger, regrets, worries, and grudges. Life is too short to be unhappy.” — Roy T. Bennett

“Every time you are tempted to react in the same old way, ask if you want to be a prisoner of the past or a pioneer of the future.” — Deepak Chopra

“Everyone remembers the remark of the old man at the point of death, that his life had been full of troubles—most of which had never happened.” —Winston Churchill

“Feelings come and go like clouds in a windy sky. Conscious breathing is my anchor.” —Thich Nhat Hanh

“For us, there is only the trying. The rest is not our business.” —T.S. Eliot

“Sometimes the most important thing in a whole day is the rest taken between two deep breaths.” — Etty Hillesum

“My anxiety doesn’t come from thinking about the future but from wanting to control it.” —Hugh Prather

“It’s OKAY to be scared. Being scared means you’re about to do something really, really brave.” — Mandy Hale

“There are two ways to get rid of an anxiety monster, my friend—you either have a bath or a nap.” —Andrew Kaufman

“Never let life’s hardships disturb you … no one can avoid problems, not even saints or sages.” — Nichiren Daishonen

“Never let the future disturb you. You will meet it, if you have to, with the same weapons of reason which today arm you against the present.” — Marcus Aurelius

“Nothing is permanent in this wicked world — not even our troubles.” — Charlie Chaplin

“Of all your troubles, great and small, the greatest are the ones that don’t happen at all.” — Thomas Carlyle

“People have a hard time letting go of their suffering. Out of a fear of the unknown, they prefer suffering that is familiar.” — Thich Nhat Hanh

“Sometimes letting things go is an act of far greater power than defending or hanging on.” — Eckhart Tolle

“Sometimes the bad things that happen in our lives put us directly on the path to the most wonderful things that will ever happen to us.” —Nicole Reed

“Sometimes the most important thing in a whole day is the rest taken between two deep breaths.” — Etty Hillesum

“Stand up to your obstacles and do something about them. You will find that they haven’t half the strength you think they have.” —Norman Vincent Peale

“Stop your whining. If you are frightened, be silent. Whining is for prey. It attracts predators. And you are not prey.” — Robin Hobb

“Stress is an ignorant state. It believes everything is an emergency.” — Natalie Goldberg

“The greatest mistake we make is living in constant fear that we will make one.” —John C. Maxwell

“The greatest weapon against stress is our ability to choose one thought over another.” — William James

“The largest part of what we call ‘personality’ is determined by how we’ve opted to defend ourselves against anxiety and sadness.” — Alain de Botton

“The man who moves a mountain begins by carrying away small stones.” —Confucius

“There are far, far better things ahead than anything we leave behind.” — C. S. Lewis

“What people in the world think of you is really none of your business.” — Martha Graham

“Whatever is going to happen will happen, whether we worry or not.” — Ana Monnar