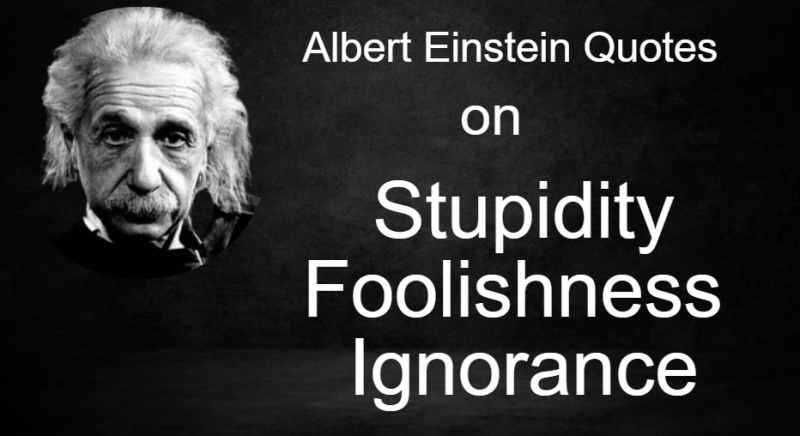 Einstein’s sayings on Ignorance, Stupidity, Foolishness: Exploring about Albert Einstein has reshaped my thinking about how I view what is ‘real’. I hope it reshapes yours as well! Einstein may have been a physicist, but he sounded off on all sorts of topics in a way you’d only expect from a certified genius. Einstein quotes are some what quirky, fun, and at times encouraging and always thoughtful. Here are some of his quotes on human stupidity, Ignorance and foolishness.