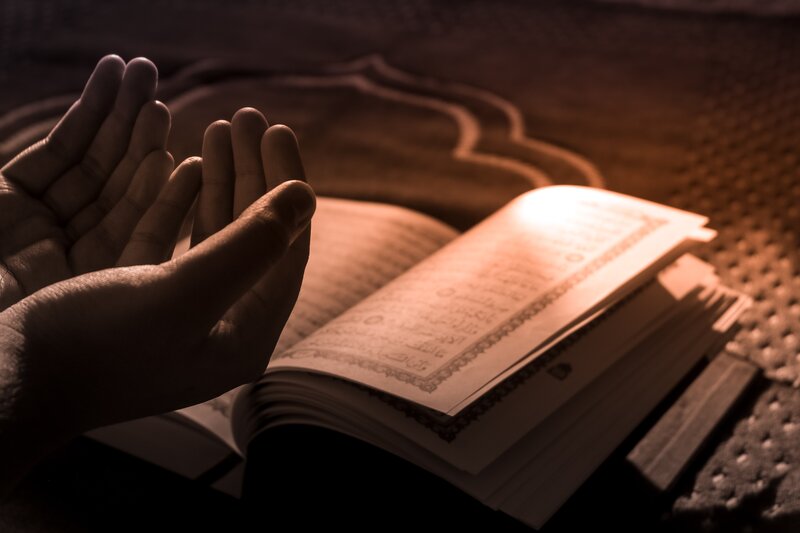 Islamic Prayers Asking Forgiveness From Allah: All human beings make mistakes, and Muslims understand that forgiveness from Allah requires that they recognize the error, take steps to rectify any harm they have caused, and actively beseech Allah to forgive their sins. In Quran, the word “Allah is Most Merciful” is repeated many times. In religion Islam, anyone who has committed sin can ask forgiveness directly from Lord, there is no one between Allah and the one who is asking forgiveness from Him.

Repentance in Islam: Allah says: “God loves those who turn unto Him in repentance and He loves those who keep themselves pure.” From this verse, we can conclude that if someone asked forgiveness with repentance then Allah will love him/her and surely He will forgive him/her but there is one condition and that is he/she should not commit that sin or mistake again.

Personal pleas to Allah, known as ‘du’a,’ can include requests for mercy. Muslims may ask forgiveness from Allah using any words in any language, but the following personal prayers (du’a) from Islamic tradition are the most common:

Prayer To Allah For Forgiveness

Du’a From the Quran:

Du’a From the Sunnah:

Forgiveness from the Sunnah of Prophet (ﷺ)

Abu Hurairah said: I heard the Messenger of Allah (PBUH) saying, “I swear by Allah that I seek Allah’s Pardon and turn to Him in repentance more than seventy times a day.” (Al-Bukhari)

Abdullah ibn Amr reported: The Messenger of Allah (PBUH) said: “Be merciful to others and you will receive mercy. Forgive others and Allah will forgive you”

(Musnad Ahmad). If we forgive others, then Allah will forgive us. Try to be kind and forgiving so we can get kindness, love, and forgiveness from Allah .

Abu Abdullah Al-Khadali reported: I asked Aisha about the character of the Messenger of Allah Prophet (SAW). Aisha said: “The Prophet was not indecent, he was not obscene, he would not shout in the markets, and he would not respond to an evil deed with an evil deed, but rather he would pardon and overlook.” (Sunan At-Tirmidhi)

One example of Muhammad’s practice of forgiveness can be found in the Hadith, as follows: “The Prophet (SAW) was the most forgiving person. He was ever ready to forgive his enemies. When he went to Ta’if to preach the message of Allah, its people mistreated him, abused him and hit him with stones. He left the city humiliated and wounded. When he took shelter under a tree, the angel of Allah visited him and told him that Allah sent him to destroy the people of Ta’if because of their sin of maltreating their Prophet. Muhammad (SAW) prayed to Allah to save the people of Ta’if because what they did was out of their ignorance.”

Aisha (R.A) reported: The Messenger of Allah (PBUH), said: “O Allah, You are forgiving and generous. You love to forgive.”(Sunan At-Tirmidhi)

Prayer To Allah For Forgiveness
ALSO SEE:  Prayers for Strength