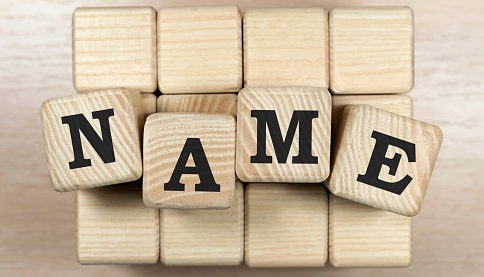 Alner ― variants of the name “Athelnoth”, which is composed of the Old English elements “athel”, noble and “noth”

Antfortas ― Keeper of the grail

Baldthryth ― It means to be gallant and valiant. It signifies a true warrior.

Baley ― It means a bailiff or a law enforcer. It is a variation of bailey.

Beaumains ― One with white hands

Benoyce ― Name of a kingdom

Brammell ― A broomwell; a well in the middle of a broom

Catterick ― Name of a battle in Arthurian legend.

Chadd ― Name of a saint who protects others

Chaddie ― The one who is warlike; a warrior

Chadrick ― A dairy farm; they are born out of battle

Cheslee ― A meadow of camp

Cheslie ― Camping on a meadow

Chetwyn ― A cottage on twisted path

Clamedeus ― Name of a king in Arthurian legend.

Clayborne ― A river flowing near a clay bed

Cola ― Charcoal, a black material which is a form of carbon, and is made when an organic substance is heated in the absence of air

Colden ― A town where coal is found and obtained

Corbenic ― Name of the place where the grail was kept.

Crosley ― Meadow across the cross

Daxter ― A person who dyes

Dene ― One who belongs in a valley

Deona ― A church leader of a valley

Eadwold ― An independent and a very tolerant person.

Eadwulf ― A person who is idealistic and has inspirational qualities; Its derived meaning from Old English where ead mean ‘Fortune ‘and wulf means ‘Wolf’

Eardwulf ― An idealistic and inspirational person .

Eilmer ― Noble and faithful being who is very famous

Elvyn ― this name means magical being or elf friend.

Emmerich ― it means powerful and rich.

Eored ― cavalry or band or troop.

Eorkonweald ― a group of horse mounted riders of Rohirrim.

Eorl ― a nobleman or chief of a tribe.

Ethelwyn ― a word which means a noble friend in Anglo-Saxon.

Euell ― spring or source of a river.

Evelake ― in Arthurian legend the name of a king.

Finch ― One who catches and breeds finches (a bird species)

Fintan ― “white-fire” or “white-bull”; deemed to be the only suvivor of Great Flood

Floella ― A combination of ‘Flo’ and ‘Ella’, it is a feminine word for flower

Floramaria ― Literally means flower of Mary, the mother of Jesus

Ford ― A causeway along a river or stream

Forde ― A river or stream crossing; variation of the name ‘Ford’

Forden ― An alternant of the word ‘Ford’, it represents a shallow place across a river or stream

Fordon ― A variated version of the name ‘Ford’, it represents a shallow passage across a river

Foxworth ― Variant of the word ‘Foxworthy’, it refers to an enclosure

Freelove ― Derived from the Old English name ‘FriÃ°ulaf’, it translates to ‘peace-survivor’

Hadwinn ― Friend in war, an alternative to the spelling of Hadwin

Handleigh ― From the High Meadow

Handley ― Clearing in the woods

Hargreaves ― Grove of the hares

Hendrie ― A surname of the Scottish Clan Henderson, Son of Henry

Hendron ― Son of the HENRY

Henlea ― From the wood filled with wild birds

Liulf ― A responsible and unique individual

Lleyton ― A settlemen in the meadow

Lovecraft ― One who is skilled, strength

Mander ― English Gypsy – From Me; A nickname of beggar

Ostrythe ― Name given to a divine Wolf; idealistic person

Oswyn ― A divine war; has lot of strength

Otess ― Another name for a settlement or a village; from Preston

Scot ― A form of Scott

Shith ― To smite or to hit; a name for a metal worker or blacksmith

Stoney ― A form or similar to a Star