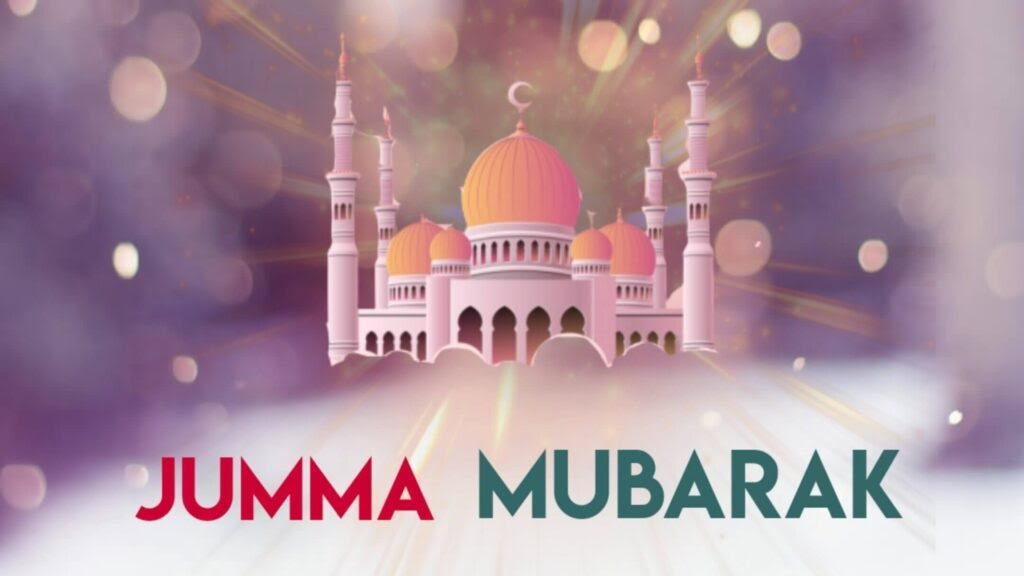 Deep Jumma Mubarak Quotes: Spread the love and joy of Allah by sharing these quotes about Jumma Mubarak with your family and friends via any social media platform. You can even use Jumma Mubarak quotes for Whatsapp status.

Keep yourself far from envy; because it eats up and takes away good actions, like a fire eats up and burn woods. – Prophet Muhammad (Sallallahu Alayhi Wa Sallam)

On this day there is a time when no Muslim stands and prays, asking Allaah for something, but Allaah will grant him it. And The Prophet Muhammad (Sallallahu Alayhi Wa Sallam) gestured with his hands to indicate how short that time is. – Al-Bukhari – 893

When Friday comes, the angels sit at the doors of the mosque and record who comes to the Jumu`ah prayer. Then, when the imam comes out, the angels roll up their scrolls. – Abu Hurairah (Radi-Allahu Anhu)

Whoever Allah guides none can misguide, and whoever He allows falling astray, none can guide them aright. – The Holy Quran

On this holy day, hold out your hands in prayer and ask forgiveness for all the wrongdoings and mistakes! May Allah forgive you. Jumma Mubarak!

We should never neglect the day of Jumma because it’s the best time in the week to receive blessings from Almighty Allah.

O You who believe! when the call is proclaimed for Jummah (Friday Prayer), come fast to the remembrance of Allah. – Quran 62:9

Jumma is a valuable day that contains more sawab and brings uncountable blessings. May Allah allow us to do more worships of Him on this precious day!

On this auspicious day of Jumma, There is nothing much precious gift than Dua to give someone. May Allah acknowledge all your dua in Jumma petition!

Be happy while helping others, as Allah helps the person through you. May Allah give all of us the ability to help others! Jumma Mubarak.

Isn’t it amazing that we hand over all our worries to Him and in return, Allah gives us blessings! So just keep praying and keep me in your prayers too. Wishing you a Jumma Mubarak

I leave behind me two things, The Quran and My Sunnah and if you follow these you will never go astray. – Prophet Muhammad (Sallallahu Alayhi Wa Sallam)

On the day of Jumma, the angels sit at the door of the mosque and record who is coming for the Jumma prayer, it’s a huge achievement to be on that recond, in sha Allah, Allah will give a big reward.

Rasul (PBUH) said Allah has made this day of Jumma as like Eid. That’s why it’s the happiest day of the entire week when all of the Muslims come together to pray in the mosque, Happy Jumma Mubarak to you.

When someone reads Surah Al-Kahf from the Quran on the day of Jumma, he gets a light that keeps shining till the next Friday, Happy Jumma Mubarak to you.

Either some people stop neglecting the Friday prayers, or Allah will seal their hearts and they will be among the heedless. – Abu Hurairah (Radi-Allahu Anhu)

Jumma Mubarak! Once on a day of Jumma, the messenger of Allah (Sallallahu Alayhi Wa Sallam) said- “ Allah the Almighty has made Jumma as the day of Eid” – Ibn Majah

Abu Hurairah (R.A.) reported that the Prophet (S.A.W) said “The best day on which the sun has risen is Friday; on it, Adam was created; on it, he was made to enter Paradise; on it he was expelled from it; and the [last] hour (the Day of Resurrection) will take place on no day other than Friday.” (Muslim)

Be not like the hypocrite who, when he talks, tells lies; when he gives a promise, he breaks it; and when he is trusted, he proves dishonest. – Prophet Muhammad (Sallallahu Alayhi Wa Sallam)

Allah will cover up on the day of resurrection the defects (faults) of the one who covers up the faults of the others in this world. – Prophet Muhammad (Sallallahu Alayhi Wa Sallam)

Whoever reads Surah Al-Kahf on the day of Jumu’ah will have a light that will shine from him from one Friday to the next. – Saheeh al-Jaami – 6470

Jumma Mubarak to you and your family. May Allah always let our hearts and psyches ready for the supplication of Him and keep us grateful for all His favors.

Through the prayer of Jumma, we get closer to our Lord and He opens the heavenly door of His Rahmat to us. Wishing you a graceful Jumma!

Along with the countless blessings and the basket of the mercy of Allah Jumma is again here. May Allah keep our Imaan strong in our heart and grant us Forgiveness!

Jumma Mubarak. Come to pray on schedule for the Jumma prayer and receive the reward of as much as offering a camel. – Sahih Al Bukhari – 929

The five daily prayers, and from one Jumu’ah to the next, are an expiation for whatever sins come in between, so long as one does not commit any major sin. – Sahih Muslim – 233

Jumma is a big and special day, when a person prays on this day, he will get a big reward.

How lucky we are to be able to stand before Allah and ask for forgiveness! Jumma Mubarak!

Again the day of Rahmat- Jumma is here. May Allah bestow His blessings and mercy upon you and your family!

When Allah guides someone on the right path, nobody can take him in a bad way.