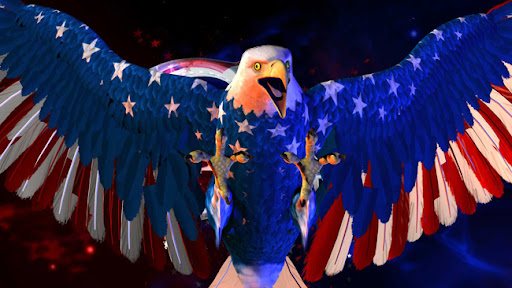 Independence Day Questions and Answers Jokes: Everyone enjoys a good dose of holiday jokes now and then. But when these jokes are about Independence Day, Americans cannot stop themselves from cracking up.

The United States is a free country where every man can do as his wife pleases. So let’s enjoy one of the last Independence Days before our complete dependence on China. We hope that these hilarious collections of Independence Day Jokes Q&A will add fun to your celebration with friends and family.

Q: What do you get when you cross Captain America with the Incredible Hulk?
A: The Star-Spangled Banner.

Q: What happened as a result of the Stamp Act?
A: The Americans licked the British!

Q: How come there’s no Knock Knock joke about America?
A: Because freedom rings.

Q: What kind of tea did the American colonists want?
Liberty.

Q: What was General Washington’s favourite tree?
The infantry.

Q: What do you call a redneck bursting into flames?
A Fire Cracker!

Q: What was the most popular dance in 1776?
Indepen-dance.

Q: What does the Statue of Liberty stand for?
It can’t sit down.

Q: Who was the biggest jokester in George Washington’s army?
Laughayette

Q: Why did the duck say bang?
Because he was a firequacker.

Q: What’s the difference between a duck and George Washington?
One has a bill on his face, and the other has his face on a bill

Q: Why were the first Americans like ants?
They lived in colonies.

Q: What do you eat on July 5th?
Independence Day-Old-Pizza.

Q: What quacks, has webbed feet, and betrays his country?
Beneduck Arnold.

Q: What did the fuse say to the firecracker?
Lets get together and “pop it like its hot”.

Q: How do you start the 4th of July parade in the ghetto?
Roll a 40 down the street.

Q: Why did Paul Revere ride his horse from Boston to Lexington?
Because the horse was too heavy to carry.

Q: Did you hear the one about the Liberty Bell?
Yeah, it cracked me up!

Q: What do you get when you cross a dinosaur and fireworks?
A: Dino-mite.

Q: What do you call a duck that likes to celebrate Independence Day?
A: A fire quacker.

Q: What would you get if you crossed George Washington with cattle feed?
A: The Fodder of Our Country!

Q: What did one flag say to the other flag?
A: Nothing. It just waved.

Q: Which colonists told the most jokes?
A: Punsylvanians!

True independence and freedom can only exist in doing what’s right.

True patriotism hates injustice in its own land more than anywhere else.

People have forgotten what 4th of July really is about. Today commemorates the freedom we use everyday. It’s not fireworks and parties. That’s just what makes it fun.

Let’s enjoy one of the last Independence Days before our complete dependence on China.

The United States is a free country where every man can do as his wife pleases.

Let us remember as we fall asleep this Independence Day those who fight and the many that have died to protect our freedom.

Did you hear the one about the Liberty Bell? Yeah, it cracked me up too!