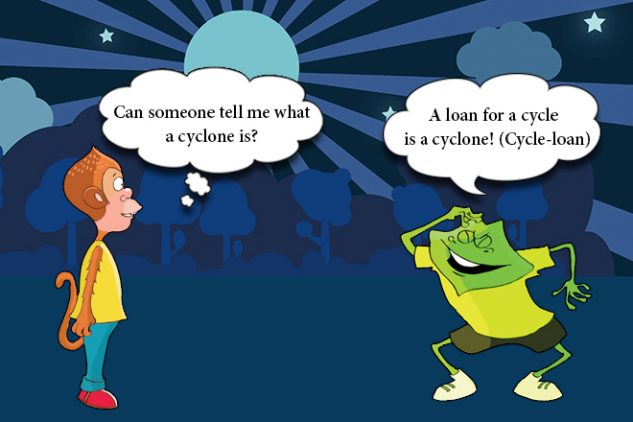 Funniest Cyclone and Puns Questions And Answers Jokes: Take your time to read Cyclone jokes, puns and riddles to tell your friends, ask a questions with answers, or where the setup is the punchline. We hope you will find these cyclone collections funny enough to tell and make people laugh.

Q: Why are cyclones named after men?
A: Because they’re noisy, make a huge mess, and if you look into their eyes there’s nothing there.

Q: What did the Cyclone say to the palm tree?
A: Hang onto your leaves, this will be no ordinary breeze.

Q: Why did the Cyclone get arrested?
A: For speeding, theft, vandalism, assault and murder

Q: What do Kim Kardashian and a Cyclone have in common?
A: They will both blow the entire west coast just to get on TV.

Q: Why are cyclones named after women?
A: Because they arrive all wet and wild and when they leave they take your house and your car.

Q: What did the Cyclone say to the other Cyclone?
A: I have my eye on you.

Q: Why is a Cyclone like the typical woman?
A: She’s gonna come in all wet and wild and leave you without a car or house!

Q: What do you get if you a cross a card game with a cyclone?
A: Bridge over troubled water.

Knock Knock
Who’s there?
Cyclone.
Cyclone who?
Hurry! Cane you run away from the storm?

A Cyclone blew across the Pacific Rim. It didn’t take long for the expensive yacht to be swamped by high waves, sinking without a trace. There were only two survivors: the boat’s owner, Dr. Smythe and the steward, Marcus who managed to swim to the closest island.

After reaching the deserted strip of land, the steward was crying and very upset that they would never be found. Dr. Smythe on the other hand was quite calm, relaxing against a tree.

“Dr. Smythe, Dr. Smythe, how can you be so calm?” cried Marcus. “We’re going to die on this lonely island. We’ll never be discovered here.”

“Sit down and listen to what I have to say, Marcus.” began the confident Dr. Smythe.

“Five years ago, I gave the United Way $500,000 and another $500,000 to my church. I donated the same amounts four years ago. And, three years ago, I did very well in the stock market, so I contributed $750,000 to each. Last year, business was good, so the two charities each got a million dollars.” stated Dr. Smythe.

“So what?” shouted Marcus.

“Well, it’s time for their annual fundraising drives, and I know they’re going to find me!” smiled Dr. Smythe.