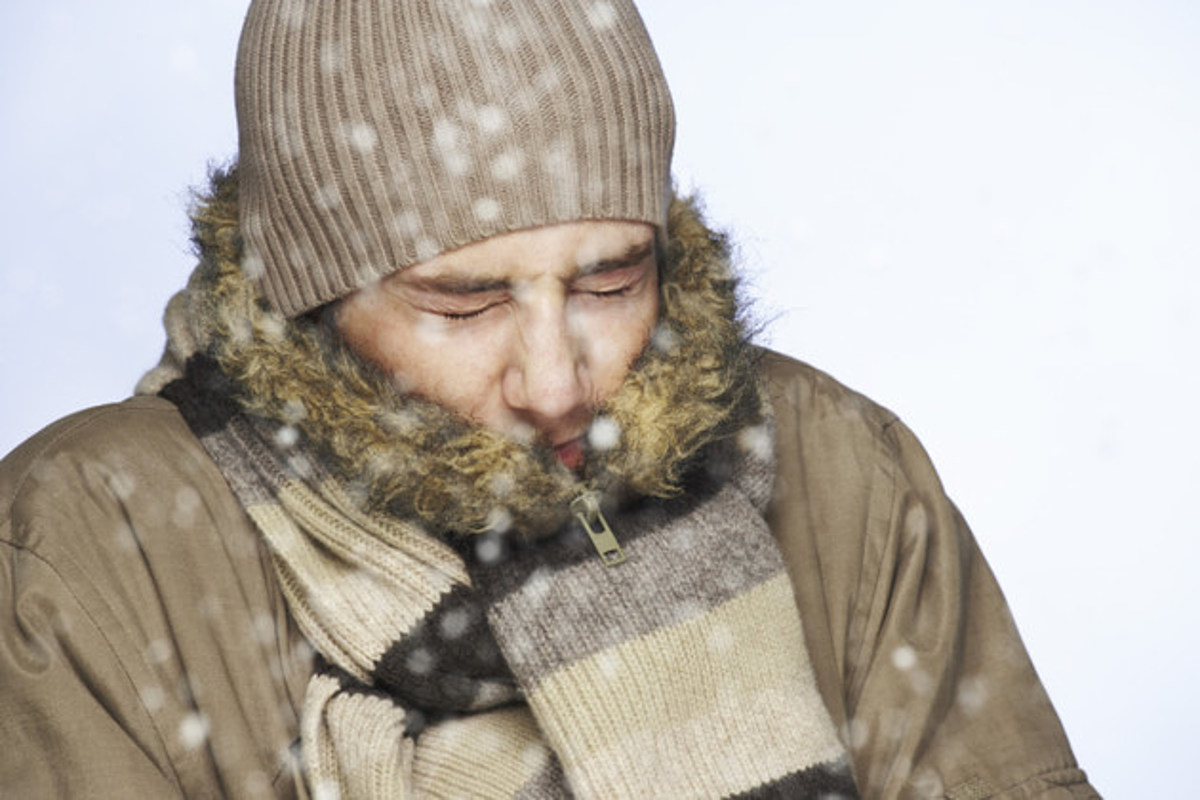 It’s So Cold Out Here Questions And Answers Jokes: Are you looking for fun cold weather joke to play when seated around the fire place with your pals or during game night? Here are some amazing jokes about cold weather to keep yourself warm and cozy.

Q: What do you get from sitting on the ice too long?
A: Polaroids!

Q: Why do seals swim in salt water?
A: Because pepper water makes them sneeze!

Q: Where can you find an ocean without any water?
A: On a map!

Q: Did you hear about the boy who turned up to school with only 1 glove?
A: He said the weather man said it’s going to be cold but on the other hand it might be warm

Q: Why did the blonde serve her cheating husband frozen leftovers?
A: She heard that “Revenge is a dish best served cold”.

Q: What’s the difference between a walrus and a banana?
A: You’d better find out, because if you ever try to peel a walrus…

Q: Why does it take longer to build a blonde snowman than a regular one?


A: You have to hollow out the head.

Q: Getting a job in the Arctic in the winter is great! Why?
A: When the days get short, you only have to work a 30 minute work week.

Q: Which side of an Arctic Tern has the most feathers?
A: The outside!

Q: What do you call a cold ghost?
A: casp-burr!

Q: What vegetable was forbidden on the ships of Arctic explorers?
A: Leeks!

Q: What did Amaruq say after building an igloo out of crystal clear ice?
A: “Living in a transparent igloo has its disadvantages – but you should see the murres smack it!”

Q: Why didn’t the tourist in the Arctic get any sleep?
A: He plugged his electric blanket into the toaster by mistake – and kept popping out of bed all night!

Q: What happened when all the muskox wool that was collected was stolen?
A: The police combed the area.

Q: If the sun shines while it’s snowing, what should you look for?
A: Snowbows.

Q: What did one Greenland Shark say to the other?
A: “Say, good lookin’… didn’t I meet you last night at the feeding frenzy?”

Q: What’s a sign that you have an irrational fear of icebergs?
A: You start having water-tight compartments installed in your pants.

Q: What did the seal say when it swam into a concrete wall?
A: “Dam!”

Q: What do women use to stay young looking in the Arctic?
A: Cold cream.

Q: What did the detective in the Arctic say to the suspect?
A: “Where were you on the night of September to March?”

Q: What noise wakes you up at the North Pole around March 18?
A: The crack of dawn!

Q: If you live in an igloo, what’s the worst thing about global warming?
A: No privacy!

Q: What did the walrus say when it was late?
A: “I would have been here sooner, but my iceberg hit a ship.”

Q: When are your eyes not eyes?
A: When the cold Arctic wind makes them water!

Q: What did the icy Arctic road say to the truck?
A: “Want to go for a spin?”

Q: What do you use to catch an Arctic hare?
A: A hare net!

Q: What do you call ten Arctic hares hopping backwards through the snow together?
A: A receding hare line.

Q: Why are bad school grades like a shipwreck in the Arctic Ocean?
A: They’re both below C level!

Q: Why was the Saami herder given an umbrella?
A: Because of the rain, dear.

Q: Why do Eskimos wash their clothes in tide detergent?
A: Because it’s to cold out tide.

Q: What do you call a reindeer with no eyes?
A: I have no eye deer.

Q: What are caribou calves given to wear?
A: Hoof-me-downs.

Q: What did the big furry hat say to the warm woolly scarf?
A: “You hang around while I go on ahead.”

Q: What’s the difference between an iceberg and a clothes brush?
A: One crushes boats and the other brushes coats!

Q: What do Saami reindeer herders say to reindeer who complain?
A: “Venison!”

Q: What do you call fifty penguins in the Arctic?
A: Lost! REALLY lost! (Penguins live in Antarctica.)

Q: Why did the man hide his money in the freezer?
A: Because he wanted cold hard cash.

Q: Why aren’t penguins as lucky as Arctic murres?
A: The poor old penguins can’t go south for the winter.

Q: How do you keep from getting cold feet?
A: Don’t go around BRRfooted!

Q: What did one Emperor Penguin say to the other?
A: Nothing, he just gave him the cold shoulder.

Q: Why did the bride refuse to get married in an igloo?
A: She got cold feet.

Q: Where do seals go to see movies?
A: The dive-in!

Q: What kind of math do Snowy Owls like?
A: Owlgebra.

Q: What sits on the bottom of the cold Arctic Ocean and shakes?
A: A nervous wreck.

Q: What did the Eagle say when he was cold?
A: Birrrrrd.

Q: How do you know if there’s a snowman in your bed?
A: You wake up wet!

Being a good leader, he then went to the next phone booth and called the National Weather Service and asked, “Is this winter to be cold?”

The man on the phone responded, “This Winter is going to be quite cold indeed.”

So the Chief went back to speed up his people to collect even more wood to be prepared. A week later he called the National Weather Service again, “Is it going to be a very cold winter?”

So the Chief goes back to his people and orders them to go and find every scrap of wood they can find. Two weeks later he calls the National Weather Service again: “Are you absolutely sure that the
Winter is going to be very cold?”

“Absolutely,” the man replies, “the Indians are collecting wood like crazy!”

Winters are fierce in Minnesota where he lives, so the owner of a construction project felt he was doing a good deed when he bought earmuffs for his foreman.
Noticing, however, that the foreman wasn’t wearing the earmuffs even on the bitterest day, the project manager asked, “Didn’t you like the muffs?”
The Foreman said, “They’re a thing of beauty.”
“Why don’t you wear them?” The Project Manager said.
The Foreman explained, “I was wearing them the first day, and somebody offered to buy me lunch, but I didn’t hear him! Never again, never again!”

Complete the Sentence With “It Was So Cold that ……..

My husband and I purchased an old home in Northern New York State from two elderly sisters.
Winter was fast approaching and I was concerned about the house’s lack of insulation.
“If they could live here all those years, so can we!” my husband confidently declared.

One November night the temperature plunged to below zero, and we woke up to find interior walls covered with frost.
My husband called the sisters to ask how they had kept the house warm. After a rather brief conversation, he hung up.

“For the past 30 years,” he muttered, “they’ve gone to Florida for the winter.”