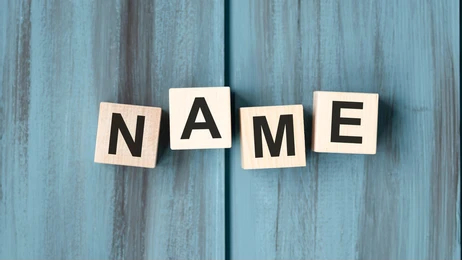 List of Dutch Names For Boys And Their Meanings: If you’ve been considering giving your little Boy a Dutch name and you are looking for unique Dutch names for your baby Boy? Check out here to get the Vintage Dutch baby Boy names, old fashioned Dutch Boy name and short Dutch Boy names with their meanings.

Adaliz ― A sort of kind or noble person

Antoine ― Latin – Priceless, Inestimable; A variant of name is Anthony

Antonius ― Latin – Priceless, Inestimable; A variant of name is Anthony

Arjen ― From Hadria or white light

Avraham ― The one who is father of many

Bart ― Aramaic – Son Of Tolmai; Son of the one who abounds in furrows; A variant of name Barton and Bartholomew.

Bartholome ― Son of a Farmer; Both Surname and Given Name; Farmer’s Son

Barty ― son of Talmai, son of the one who

Bas ― Royal; Kingly; Derived from the Sam; Diminutive of Basil

Beno ― German – Bear; Brave as a Bear; Hebrew – Son of the south; A derivative of name Benito

Boudewijn ― To have bold and brave friends

Bozeman ― nickname for a wicked man

Bram ― One who is the father of many children

Bruin ― One whose hair is brown like a bear

Christiaan ― One who is Christianity by birth

Constantijn ― Constant; persistent; a thing that remains the same and does not change

Cornelis ― Horn; a bony growth on the body of some animals

Cornelius ― Hoen, i.e. a bony growth that grows on the bodies of certain animals

Cuyle ― The person who brings victory

Decatur ― One who manufactures cloth; ten

Dedrick ― A gifted and popular ruler

Diederick ― One who is a beloved ruler of a kingdom

Diederik ― One who a born ruler; full of pride and power

Dirk ― They rule people; they are practical

Dirke ― They are a ruler of people; free detailed

Duach ― A father of multitude

Dwijaraj ― One who is a white or a blonde

Dyk ― Attentive and diligent human being

Elberte ― They are the one who help others

Elmo ― One who acts like helmet and provides protection

Elwald ― this name means an old man who is from Wales.

Espen ― a Dutch name for a bear which was owned by god.

Fitin ― A sharp-witted and clever person

Fitzsimon ― Splits down to mean “the son of Simon”; translated from Gaelicized Mac ShÃ­omÃ³in

Geert ― One who is having the power over spear.

Gerben ― Referring the spear which use to hunt bears.

Godelive ― A person who is God’s beloved.

Godfrid ― It is the Dutch Variation of Godfred. The one who will live in peace and give peace to others, who will love and give love to all others.

Godfried ― It is the Dutch Variation of Godfrey. The one who will live in peace and give peace to others, who will love and give love to all others.

Godfrith ― It is derived from Godfrey. The one who will live in peace and give peace to others, who will love and give love to all others.

Graf ― A humble villa German who is the header of all.

Grafere ― A humble villa German who is the header of all.

Gustaf ― Potentially signifies “staff of the Goths”, got from the Old Norse components Gautr “Goth” and stafr “staff”.

Gustaof ― Potentially signifies “staff of the Goths”, got from the Old Norse components Gautr “Goth” and stafr “staff”.

Haan ― Rooster; name of a place

Hansen ― The son of Hans (The Yahweh is gracious)

Helder ― the Dutch town of Den Helder (possibly meaning “hell’s door” in Dutch). Alternatively, it might be derived from the Germanic given name HULDERIC.

Jacobus ― One who supplants

Jef ― God shall give me another baby Boy.

Jefcoat ― he shelter of another baby

Jelle ― The guardian who has strong mind.

Jona ― it means the God is gracious and Dove bird. Such people are most adored and admirable in the society or among family.

Jurion ― The meaning of the name Jurion is God will uplift

Leodegance ― The lion among the goose

Leodegran ― A lion of the large or huge city

Lowie ― One who fought in a famous battle

Luuk ― From Loukas, means a person from Lucania

Maarten ― A person who is good at warefare

Marijn ― A man from the sea

Massimianu ― Massimianu is derived from the name Maximian and means greatest.

Mees ― Son of the furrowed one

Micheas ― A human who resembles God

Mies ― the favorite son of the planter.

Nicolaas ― The person who won the title on behalf of the people.

Nirodha ― Brave and courageous as Eagle.

Noud ― Brave and courageous as Eagle.

Otte ― One who is a born aristocrat

Palika ― One who is small or tiny

Pascale ― One who is born on pass over

Pauel ― One with deep desire; has artistic ability

Pauwel ― One who is small; has a power of expression

Pier ― Son of Pierce; a stone or a rock

Pieter ― Rock; another form of Peter

Plechelm ― A patron Saint of Netherlands

Rein ― To counsel, to advice someone

Rembrandt ― The advice given with sword

Rhett ― To give or receive good advice

Ridder ― A knightly person, one who acts like a knight

Rik ― One who has hardy power

Roosevelt ― One who comes from the rose fields

Rosevelt ― An owner of the rose fields

Rutger ― A renowned and notable spearman

Schuyler ― Shield of the scholar

Silvan ― He who is from the woods

Silvijn ― A man who is of the forest

Skyden ― He who is a scholar

Skylah ― A person who is an intellectual, a scholar

Skylar ― The isle of skye

Stijn ― A person with a constant, steadfast personality

Teunis ― Person of in estimate worth

Tong ― In Chinese it is a title given to a public officer. In Ditch it refers to tongue that means a chatterbox