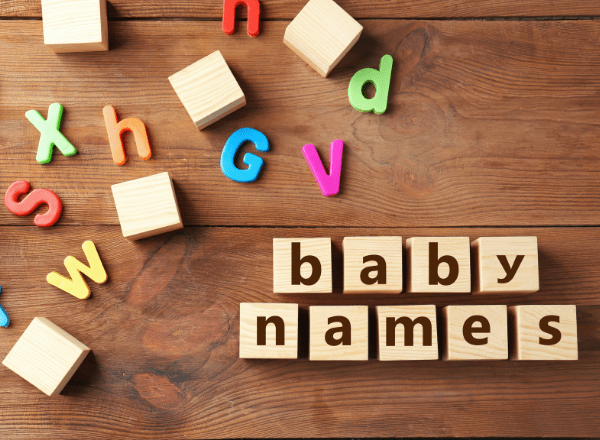 Abeque ― A person who loves to stay at home

Aberdeen ― A woman who is from city in northeast Scottish

Agnes — it’s an old-fashioned name that never really went out of style in England. Agnes has Greek origins, means “pure” or “virginal,” and would be an adorable—if unconventional—pick for an American baby girl.

Amelia ― the one who is industrious, hardworking and fertile

Aria ― the one who is Lion of the Lords; Air, Song or Melody

Beatrix — this beautiful British baby girl name means “she who brings happiness; blessed,” and it’s rare enough in the states that your little girl would be likely to be the only one in your town with this classic British name.

Bretta ― One who is from Britain

Brette ― A woman who is native of Britain

Brettin ― She who is from Britain

Briony — It’s in the British Top 100 but is rarely heard here, making it a gorgeous choice for your daughter. The name means “to sprout,” making it a perfect choice for outdoorsy parents, as well.

Cressida — This fun British name for girls is Greek for “gold,” and is beloved by UK parents. Plus, Cressida appears in Shakespeare, giving it extra cred on our list of British baby names. It’s pronounced phonetically so it won’t cause confusion, and yet it’s a rare name by US standards.

Crystiana ― A follower of Christ

Dayluue ― A youth and excitable being

Dazi ― One with great sense of detail

Eadbald ― A person who enjoys beauties of nature.

Eilaria ― Cheerful; merry; one who has a great love for nature

Ellis — This unisex baby name is of Welsh origin and is a favorite in Britain in recent years. It means “benevolent” and is one of those flexible names that pairs well with most surnames and middles.

Evelyn ― a Hebrew name which means to breathe or live or life.

Finlay — It’s the preferred British spelling of a Scottish/Irish name meaning “fair-haired hero” and we love it for both boys and girls.

Florence — It’s barely in our Top 1,000, but the Brits have fun with this pretty girls’ name from the Latin, meaning “flourishing, prosperous.” Singer-songwriter Florence Welsh of Florence and the Machine has given the unique name a bit of an edge since bursting on the scene with her girl-power vibe.

Freya —The Norse name meaning “noble woman” has been popular in the UK for years and is slowly becoming a favorite here.

Gemma — It might stand out more in the States, but your “precious stone” would be in good company in England with this pretty baby name that is a favorite there.

Godehyda ― A person who is god gifted in creativeness. Can do anything he wants.

Godelif ― Literal meaning of Godelif is Dear God. It means a person who organizes and manage everything.

Godelina ― Godelina was the name of an ancient saint who wanted to be a nun lady. But then gets married to a man.

Goldberga ― The one with power and authority, who can lead and direct everyone to do. The one who will not give away.

Goldcorn ― The one who has hidden qualities of knowledge, research and wisdom. Owing a research and analytical mind.

Goldcorna ― The one with kind and peaceful heart, ready to help and guide others and to create a peaceful atmosphere.

Goneril ― Goneril are the personality of deep inner satisfaction and desire to live in peace.

Greisy ― They are very charming, energetic and nice to others. They have power to make plans and get success in them.

Gudytha ― They love adventure, excitement and freedom. They are warm-hearted and unusually adaptable.

Guenhumara ― They are very hardworking and want to live with family and friends.

Guenhwyvar ― They are idealistic and love to live in dreams. They are understanding, hardworking and intelligent.

Guirec ― Guirec means secretive, reliable and passionate person who is trustworthy for everyone.

Gusta ― The Staff of God, The one who will be polite and caring for the community, just like angels.

Gwenhoivar ― These are lively, challenging, expressive and having great verbal habits. They will keep the other ones happy with light chit chat.

Haura ― The distinctly whorish quality emanating from a female

Hereswith ― Strength of the army

Isabella ― God is perfection, or God is my oath

Isla — The trendy British name in this spelling and other variants (such as Ayla) is picking up speed in the US as well. Isla means “island” and it has a fun, whimsical sound.

Jimanekia ― girls with this name are adventurous and are straightforward. They are independent, ethical, determined towards their goal and have convincing power.

Jocelyn — The ancient French name has a lovely British feel to it and rests higher on their lists than ours. Call her Jossie to secure English cool-girl status.

Jomaira ― people with this name are mild and gentle in their attitude. They keep on making new friends and always bring joy.

Juliet ― they love their life and have eternal spirit. They have a touching personality and easily inspire others.

Kenzie — For boys, this one is currently in the Top 1,000 in the UK, whereas American parents tend to prefer the longer version—Mackenzie—for girls. Either is acceptable for a boy or a girl, and both options feel both fresh and storied.

Lennon — After John, or just because you love it, this precious British unisex baby name rounds out our list. It means “lover” in Irish and lends to easy nicknames and a lifetime of, well, love!

Maisie — It’s a super sweet diminutive of Margaret meaning “pearl,” and British mums love it (we do, too!).

Nicola — This Italian version of Nicole (and the feminine of Nicholas) is especially popular in the UK. The name means “people of victory” and this variation has a charming, exotic sound.

Philippa — Or Pippa, as she’ll likely be called, is a gorgeous English name with a royal feel. The female version of Phillip means “lover of horses;” Kate Middleton’s sister by this name made it popular the world over in recent years, but the equine name has deep British roots dating back to the 14th Century.

Poppy —British parents have loved flower names forever; this spirited one denotes a bright red bloom that stands for extravagance (or deep sleep) in the Victorian language of flowers. Other nature names loved by the English include Willow, Primrose, and Jasmine.

Rhonwen — It strikes the perfect note somewhere between recognizable and totally one-of-a-kind. The Welsh name meaning “slender” or “fair” is beloved in the UK but far less popular here than similar-sounding picks like Bronwen or Gwendolen.

Scarlett — Color names are big in Britain, and this shade of red gets high marks. Similar choices that are popular across the pond include Ruby and Violet.

Sophia ― She who possess great knowledge and wisdom

Tamsin — It’s a British name constructed by shortening Thomasina (another popular pick among English parents), and it sounds cute enough to catch on here as well. The meaning is “twin,” so this would be an extra apt choice for the girl in a set of boy-girl twins, or any daughter who takes after her mother.

Tilly — A diminutive of Mathilda, the German girls’ name meaning “battle-mighty” is a stand-alone choice British parents have been loving in recent years.

Zara — This sweet British girls’ name sounds a bit more special than the ubiquitous Sara but it’s just as easy to pronounce and spell. In English, it means “princess,” but the multicultural name has other meanings from Hebrew and Arabic, including “blooming flower” and “God remembers.”