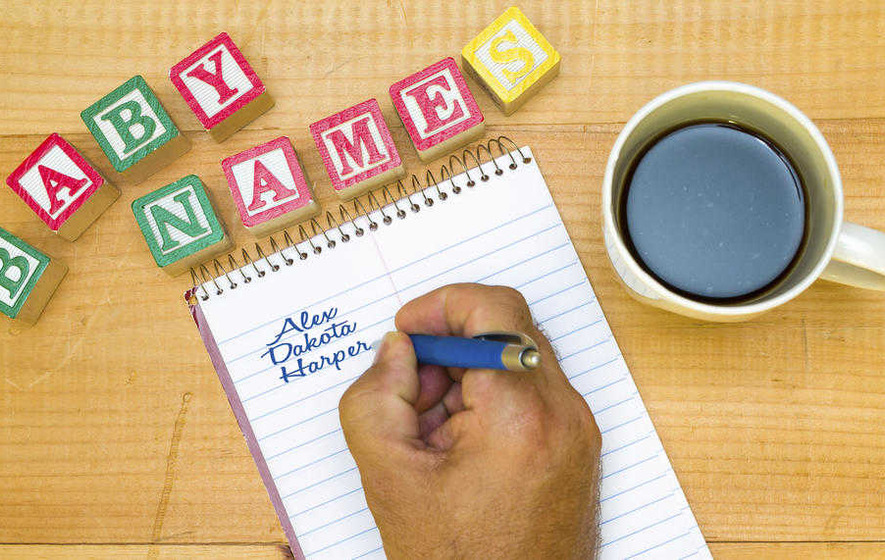 Biblical Boy Names And Meanings Starting With A

Aaron ― the one who is Enlightened it also means to sing

Abimael ― Father who is sent from God

Abramson ― The son of an exalted father

Abrohom ― Assyrian form of Abraham, meaning father of a multitude.

Achar ― To disturb or to trouble

Adamson ― Son of Adam; A derivative from Adam

Adank ― Adank is Swiss variant of Adam and means earth

Addam ― Son of the Red Earth; A variant of name Adam

Addis ― Son of Adam; Son of the Red Earth; A derivative of name Adam

Addney ― Lives on the Noble’s Island; A variant of Adney

Adison ― A Variant of name Addison, Son of Adam

Adken ― Oaken; A variant of Adkin which means Man in Hebrew

Adkins ― Son of Aiken; A variant of Adam

Adkyn ― Oaken; A variant of Adkin which means Man in Hebrew

Adlee ― In Biblical it means One who is judged by God. In Turkic it means just or fair

Adleigh ― The god is my judge

Adna ― The pleasure or delight, pleasure

Adnah ― A small or delightful or pleasurable

Adoni ― The Lord of lightening, or the lightening Lord

Adoniah ― The Lord is my Yahweh

Adonias ― The Lord is my ruler

Adoniram ― My Lord is of high esteem and honour

Aenon ― A spring or natural fountain

Ahijah ― Brother of the Lord

Aisaih ― The salvation of the Lord

Alexej ― Alexej is a form of Alexander and means defender of mankind.

Amad ― Name of Prophet Muhammad; a highly praised individual who is the love of god

Ammanuel ― Assyrian variant of Emmanuel. It means God is with us.

Aniam ― A People; The Strength; Sorrow of People

Arpad ― The Light of Redemption; Wanderer

Ayal ― A male Deer; they are strong

Biblical Boy Names And Meanings Starting With B

Benes ― He who is blessed.

Braham ― One who is considered as the father of many

Calah ― One with many opptunities

Canaan ― He is a merchant and a trader

Carmel ― One who does the harvest

Cephas ― A stone or a rock

Cephus ― A stone or a rock

Chilion ― The perfect one

Crescens ― To get bigger, Develop; Sprout

Crescenzo ― Italian form of “Crescentius”; To develop; To sprout; Grow

Crist ― Abbreviation of the name “Christianity”

Cristobal ― Derived from the name “Christ” and the French suffix “bal” meaning “to dance” which implies ‘Dance of Christ’; also implies to someone who holds Christ in their heart.

Cristofer ― Literally means ‘with Christ inside”

Cristoforo ― Derived from the name ‘Christopher”; Christ bearer,Someone who holds Christ in their heart

Cristopher ― English and Spanish Variant of the name “Christopher”; Bearing,carrying Christ in your heart

Croix ― The cross which signifies Christianityity; Also the French cognate of “Cruz”; “Holy Cross” in Spanish

Crosbey ― Implies “By the cross”; invariant to “Crosby”

Crosby ― Someone who resides by the sign of the cross

Cyprus ― The fair one

Danail ― God is a judge

Daniels ― Variant of Daniel. It means God is my judge.

Daniyel ― A form of Daniel. It means God is my judge.

Dionysius ― They are the God of Wine; fertile; touched by divinely

Dishan ― One who focus on large topic; a threshing

Domenic ― Belong to God or The Master

Dominikus ― Of the Lord; Belonging to God; Lord; Variant of name Dominicus

Easau ― The acts; a hairy individual

Eesho ― A form of Jesus, meaning son of God.

Elah ― A curse made; an oak tree

Elhanan ― God is very good and is gracious

Eliada ― One who has the knowledge of God

Eliakim ― God is going to develop

Eliam ― one who is the personal people of the Lords

Eliezer ― God who never fails in providing help and support

Eliezor ― One who asks God for help

Elihu ― One who has found a thoughtful God

Elijah ― Name of a very famous King and a Prophet

Elimelech ― God is the ultimate King

Eliphalet ― God who delivers; they are filled with love

Elisheba ― One who provides salvation; a God

Elkanah ― One who is created and purchased by God

Emanual ― this name means lord almighty be with us.

Emanuel ― this name means god is with us.

Ethan ― strong or gift of the island.

Finias ― The Oracle; the son of Eli; Dark-skinned

Goriel ― A form of Gabriel. It means God is my strength.

Habakkuk ― Wrestler, he who embraces

Hur ― A man of liberty and whiteness

Biblical Boy Names And Meanings Starting With I

Israfel ― Name of the angel who blows the horn signaling Judgment Day. It means ‘the burning one’.

Jaala ― A little goat who is ascending

Jah ― The everlasting one, he is forever

Jahzeel ― A hastheth of God

Jakin ― Name of pillar in the front of Solomon’s Temple

Jedaiah ― Knowing Yahweh; The hand of the Lord, confessing the Lord

Jerad ― One who is descending

Joash ― Joash is a male name and means He who despairs or burns. It is a name of Biblical origin and comes from Hebrew name Yoash.

Job ― Job is a male name og Biblical origin. The meaning of the name is Persecuted, hated. Comes from the Hebrew name Iyyov.

Jonas ― it means Dove. People with this name are very soft spoken and kind hearted. They love helping others and providing advice to family and friends.

Jorden ― the praise of God or confessing something. People with this name are unique and discreet. They can keep your secret for a long time. Profession :dancer, actor or singer

Judah ― the praise of God or confessing something. People with this name are unique and discreet. They can keep your secret for a long time. Profession :dancer, actor or singer

Krystof ― A form of Kristoff, meaning follower of Christ.

Lashon ― To feel the mercy of God

Leks ― Short form of Leksik. It means defender of men.

Leksik ― Estonian form of Alexander. It means defender of men

Lubin ― A heart of the sea

Luciu ― A form of Lucius, meaning illumination or light.

Luqa ― A form of Luke. It means light.

Lystra ― A destroyer, a dissolver

Magdalena ― Woman from Magdala a village on the Sea of Galilee

Massey ― A variant of Massa; A Burden; Prophecy; A French habitational Place name

Mathei ― Gift from God. It’s a form of Matthew.

Melchisedec ― My king is the God of Justice

Methuselah ― To bring death; Biblical – His death shall bring

Michaiah ― A humble person, down to earth

Miha ― Miha is the short form of Mihael and means ‘Who is like God?’

Mikheil ― Georgian form of Michael It means who is like God?

Mikkli ― Who is like God? Estonian form of Michael

Mishael ― Who is asked for or lent; Who is like God; Derived from Michel

Misho ― Georgian diminutive of Mikheil It means who is like God?

Mitcbel ― Who is asked for or lent; Who is like God; Derived from Michel; A Scottish Surname

Naham ― One who console others

Nahshon ― The one who fore-tells the future

Nazarat ― A separated or sanctified

Oded ― The fire of salvation within oneself.

Ormar ― One who is an eloquent speaker

Ozi ― A strong and patient individual

Patara ― One who is trodden under foot

Pauls ― A small and little being

Peleg ― A division or a channel; a little river

Pers ― One who is born to honour god

Persia ― One who cuts or divides

Pharaoh ― One who spoils; a great hose or a palace

Polous ― Assyrian form of Paul. It means small or humble.

Pontius ― The fifth one

Pul ― A bean that destructs

Reuben ― To behold a male child

Reubin ― To see the son

Reuel ― The shephard who is the God’s friend

Reuven ― One who sees the son

Seemannus ― The God has heard

Shamoun ― A form of Simon. It means he has heard.

Shemuel ― He who is appointed by God

Terah ― To breathe in a scent

Tertius ― Third child in the family

Titusz ― The title of honour

Toi ― One who wanders, a wanderer

Toomis ― Toomis is Estonian form of Thomas and means twin.

Yanni ― A form of John, meaning God is gracious.

Yasuf ― A form of Yusuf, meaning he will increase.

Yokhanna ― Jehovah has been gracious.

Yonandam ― Jehovah has given. It is a form of Jonathan.