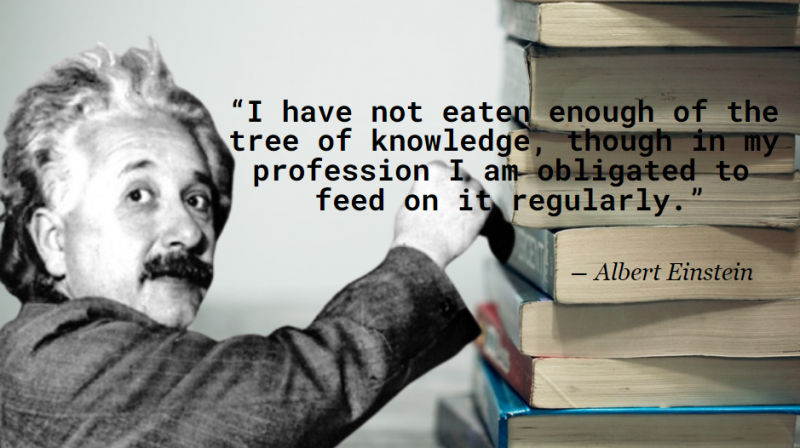 Get Inspired with Einstein’s Knowledge and Educational Quotes: German- American physicists, Albert Einstein was best known for his theory of relativity and was awarded the 1921 Nobel Prize for Physics for his explanation of the photoelectric effect.

Einstein went to a special high school run by Jost Winteler in Aarau, Switzerland, and graduated in 1896.  He was exceptional in mathematics and was allowed into the polytechnic on the condition that he first finish his formal schooling. Earlier years, Einstein attended a Catholic elementary school in Munich, from the age of five, for three years. At the age of eight, he was transferred to the Luitpold Gymnasium (now known as the Albert Einstein Gymnasium), where he received advanced primary and secondary school education until he left the German Empire seven years later.

His brilliance is an inspiration to the scientific and educational communities alike.  Being an academic, he gave some good insight into the education process. We compiled a list of “tweetable”  Einstein’s quotes on Knowledge and Educational: