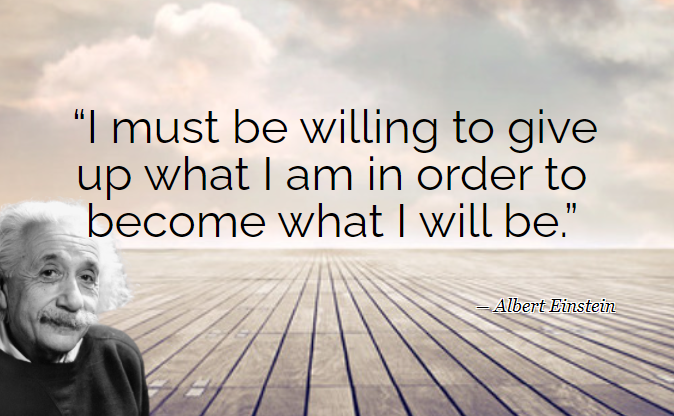 Get inspired and uplifted with Albert Einstein Inspirational Quotes: Sometimes in life we just need a little motivation and push to get us going.

Albert Einstein is the most influential physicist of the 20th century, and just might be the most famous scientist to have ever lived. Einstein clearly had a knack for science and mathematics from an early age, but did not excel at everything he put his mind to. The prolific scientist’s rise to celebrity status, however, didn’t happen overnight. Unlike many other famous scientists of his time, Einstein lacked a flawless education record and wasn’t well connected in the scientific community.

He perfectly embodied the stereotype of a lone genius and typically worked by himself. He went to elementary school and later grammar school in Munich, where he felt alienated and stifled by the school’s rigid pedagogical approach. Nevertheless, the words he left behind may be the best way to go inside the mind of the legend and inspire us in our life endeavors. Here is a collection of Einstein inspirational quotes.